This article is for when an appliance is completely lifeless and won’t start. With no sign of anything working at all. If your washing machine won’t start on a wash cycle – but it will work OK on spin then it may be related to not taking any water in. Go here instead won’t fill with water.

If some lights come on it implies it is plugged into a working socket.But if there are no lights or display at all, then check that the socket is supplying power by plugging something else in such as another appliance. Check that the wall socket hasn’t been turned off. I’ve seen wall sockets switched off by the machine itself, when it moved around on spin and pushed one of the washing machines hoses into the on off switch.

If you find that the wall socket is dead there could be an electrical fault on the socket. But before you investigate or call an electrician you might also want to doublecheck that the fuse hasn’t tripped in the fuse box that supplies the socket used by the washing machine.

Is the wall socket that the appliance is plugged into switched on and off by another switch somewhere else? Many kitchens have a separate on off switch for the appliance sockets. Usually at around worktop height or just above. These switches are commonly labelled. One for the washing machine, one for the dishwasher, one for the oven etc. If this is the case, ensure that the socket hasn’t been switched off there.

The next thing to check is the fuse in the plug. Clearly this will not be necessary if any lights on the washer are lit up. Test with a continuity test meter. If you don’t have one, put the fuse into something else and check the appliance still works. Or try another fuse that you know to be OK in the washer. Make sure you use a 13 amp fuse. And never by-pass a fuse! – If the washer has tripped the electrics or blown a fuse

However, the fault could also be in wiring to the door interlock, or the door catch not activating it properly, or a faulty on off switch, or even the main control module. With some washing machines (eg Indesit and Hotpoint) even an open circuit heater or motor can cause the entire washing machine to stop working except the led lights.

Therefore you need to know what you are doing to trace this type of fault and need a continuity test meter. So if it isn't the wall socket or the plug, and you can’t see any loose wires you may be be better getting an appliance engineer to trace it.

Read on for advice about the door interlock.

How the door interlock works

The key to tracing faults is a full understanding of how things should work. So if you suspect the door interlock see my article which covers how does a washing machine door interlock work?

If it isn’t the door interlock it could be so many other things including as mentioned earlier bizarre things like a faulty heater or motor on some machines. It could even be the main pcb. It would be foolish to just guess at a part and replace it. The correct way to work is to diagnose, and show that a part is faulty before replacing it. Please consider using my links for spares and booking repairs, which helps keep this resource running.

If washing machine fills with water but won’t start washing

8 things you should never do when repairing a washing machine

I have over 50 diy washing machine repair help articles covering most common faults and symptoms.

Over the years many experienced appliance repairmen have been seriously injured or killed. My top 4 Diy repair safety tips

Sorry, comments on this topic have been closed. Keep scrolling to read existing comments, which may contain more advice and help. 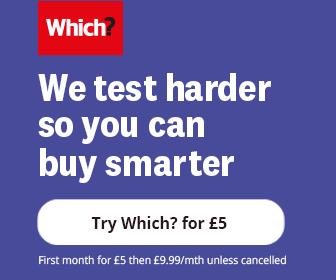