Before investigating any error code further you should get a good understanding of the way error codes work and their possible pitfalls by reading my article appliance error codes what you need to know.

If lights are flashing, make a note of which LEDs are lit up or flashing. This is important information that can be reported to an engineer. You need to report them in a specific way though as described here – washing machine stops with lights flashing

No Error Code or Flashing Lights

Your washing machine might not use error codes. Or the fault might not trigger an error code. Or maybe it is displaying an error code but you have no idea what it means. In these cases the only way to try and find the fault is to use common sense, logic and process of elimination.. 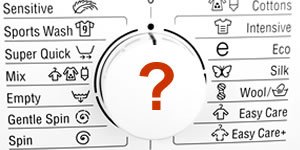 Where on the Cycle does the Fault Occur?

The clue to what is wrong is in exactly where on the cycle it sticks. What was it trying to do at the time? Sometimes a washing machine will fill with water but instead of washing, it could just sit there for several minutes before draining out all the water and turning itself off.

Another possibility is that the washing machine could start out washing okay, but halfway through the cycle it may suddenly drain all the water and turn off.

Overheating? If it aborts after 30 mins or so whilst still on wash and the water is clearly getting hot it could have detected the water is overheating.

This could be caused by a faulty thermistor, which is a modern thermostat (How to test an NTC thermistor). It’s usually situated next to or pushed inside the heating element and is a type of resistor which changes its electrical resistance according to its temperature. Overheating is a tricky one to diy repair. 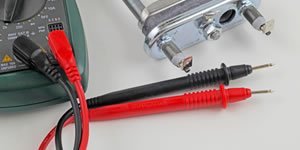 The heater relay on some Hotpoint and Indesit machines can sometimes stick inside the main pcb. Don’t tackle this unless you know exactly what you are doing, it could be connection faults or a main pcb issue. It should produce a specific error code.

Some washing machines will abort if they detect any one of its parts has a slight leak to earth. An insulation test meter would be needed to check for this and only engineers tend to have them. Insulation tests involve putting 500 v DC through the machine.

Some washing machines can stick for hours or indefinitely without triggering an error code, some can even get stuck on the last 1 minute remaining section.

This can be caused by various things such as a heater going open circuit mid-wash, or faulty connections on NTCs. So this type of fault has many causes and many potential complication. It’s probably best to get someone in if this happens Book appliance repair 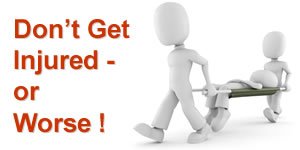 Don’t be complacent – or over confident

Over the years, even experienced appliance repairmen have been seriously injured or killed. Don’t mess with electrical appliances unless competent to do so.