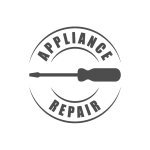 There’s been a lot of publicity in the media about the EU Directive giving consumers a right to repair white goods appliances. As someone with over 45 years in the white goods industry, who has spent the last 21 years complaining about their increasing lack of repairability on my white goods help sites, I should be pleased.

Will Right to Repair Make Any Difference?

The right to repair is a laudable concept. We desperately need to go back to repairing and maintaining white goods during a long and sustainable lifespan. But I honestly can’t see how it can make any real difference in its current form.

This is because the problem that the right to repair is trying to fix is the least significant reason why millions of white goods are being scrapped, as I’ll explain below. It’s more of a symptom of the big problem, and not even close to the problem.

What is the Problem they are trying to Fix?

Our appliances just don’t last long enough. Millions of them are being needlessly scrapped every year.

Apart from the financial impact on us all there is a massive impact on the ecology of the planet. Especially as most white goods are large and heavy appliances. This is presumably why the new directive is aimed at white goods first.

White goods appliances used to easily last between 10 and 20 years. Many lasted even longer. Now, things are very different.

Although many people are lucky enough to get a reasonable life out of their white goods, far too many people don’t. For example, 22% of Whitegoodshelp readers say their washing machine lasted 3 years or less in my poll – how long should washing machine last? The average life expectancy has plummeted to an all-time low of 6 – 7 years.

Causes of the Problem they are trying to Fix

I’ve been in the white goods trade since 1976, and we definitely did not have this problem then. Listed below are what I believe to be the reasons why appliances aren’t lasting long enough any more.

1: A substantial percentage of white goods are too expensive to repair compared with the cost of buying a new one.

2: The cost of having an engineer to come to the home has become extremely expensive and it’s virtually impossible to reduce this cost.

3: Spare parts for many white goods appliances are ludicrously expensive. Sometimes staggeringly so.

4: In order to keep costs down, white goods are now increasingly designed to be unrepairable.

5: It’s now so expensive to send an engineer, manufacturers and major repair companies have abandoned their traditional repair labour charges. They’ve switched to (often) insurance-based fixed-price repairs. Fixed price repairs means even the smallest of faults will cost around £100.

6: Manufacturers have made it increasingly difficult for independent repairers or competent DIYers to get any technical information. Secret error codes in particular make it impossible to troubleshoot many faults that may in fact be quite simple to fix. (error codes – friend or foe?)

7: A once thriving source of reasonably priced repairs by local repairers has all but disappeared.

8: Manufacturers are not keeping spare parts in stock for as long as they used to meaning it’s possible that if you were prepared to invest in a repair you may find a part is no longer available.

It’s important to note that the new right to repair only addresses point number 8. But although not being able to buy a spare part is an issue that can prevent repairs, lack of spare parts for old appliances is the least likely cause of them being scrapped. This

This is because lack of spares usually only affects appliances that are several years old when most people these days are likely to favour buying a new one.

If the average life of a washing machine is 6 or 7 years – maybe that’s the (understandable) reason why many parts aren’t available after that period.

So what needs fixing is that they don’t last long enough, and not that spare parts need to be available for much longer. However, if manufacturers aren’t providing spares for young appliances that could easily be repaired – that would need to stop.

What is the Right to Repair? 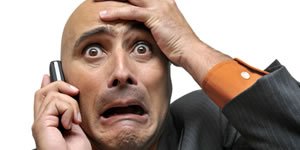 Manufactures of white goods must ensure that spare parts are available for up to 10 years after a product is purchased.

They need to also make appliances that can be repaired using readily available tools and make them available to professional repairers (only).

This new law is intended to make white goods appliances last a lot longer, and extend their lifespan by up to 10 years. Essentially this means they must want them to last on average around 17 years, which is great.

But if your washing machine is 12 years old and it’s going to cost £130 just to replace a door seal, and you can still buy a brand new one for £300 or even less – what are you going to do?

Or what if your washer is 12 years old and it will cost £150 to fit a new drum? It doesn’t matter how long spare parts are available if they are too expensive to use or have fitted.

This is why the Right to Repair isn’t Good Enough

It doesn’t address any of the real reasons why millions of white goods appliances are constantly scrapped. It only instructs manufacturers to make spare parts available for a set period longer than they currently do. It doesn’t bear in mind the reason they don’t stock the parts is probably routed in them not being in big enough demand as repairs are too expensive.

This directive does not in any way restrict how much they can charge for the spare parts that they currently don’t want to or don’t need to stock. So all manufacturers have to do (which they may have already been doing for years), is to simply make the prices of the older parts so expensive that most people would not be prepared to buy them.

Finally, manufacturers don’t have to supply these extra spare parts to the public, only professional repairers. This means hundreds of thousands of viable cheap DIY repairs would be impossible. Don’t underestimate how many people repair their own appliances, which is the cheapest repair of all, and needs to be at least some part of the solution.

I don’t know whether the reason spare parts for white goods get ludicrously expensive several years after they have been made is because manufacturers deliberately inflate their prices, or whether it is beyond the manufacturers control. It could be a combination of both.

It may even be that it’s genuinely impossible to stock the older parts at “reasonable” prices.

Either way the result is the same. If spare parts and repairs are too expensive compared to buying new then appliances will continue to be scrapped in their millions, and nothing will change. Forcing manufacturers to stock old parts for old appliances, when the minimum cost of any repair is around £100 plus and consumers don’t trust they will last, is likely to simply cause more waste.

My next article (coming soon) describes what would need to change to reverse the throwaway whitegoods appliance problem.