5 things to check for after connecting a washing machine

A good engineer always double checks their work after any repair and never assumes things will be OK even if a new part has been fitted. It’s necessary to ensure everything is working properly with no leaks or faults. Only then is it safe to leave the washer to get on with its job. Carrying out repairs often involves disconnecting and reconnecting from the plumbing, moving or laying the washer down and generally disturbing things. All of these can cause new faults or introduce new leaks.

Make sure there are no leaks from the plumbing 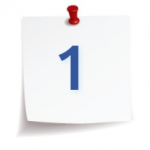 If you’ve (re)connected fill hoses or the drain hose then watch these areas carefully for leaks. Let the machine fill and empty 2 or 3 times to test. Even if satisfied, check them again several hours later as leaks from where a fill hose connects to the washer or tap, and where the drain hose connects to the plumbing can start off very slow and increase in seriousness or simply remain slow drippers that cause damage over a long period. 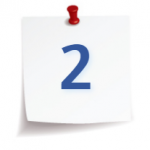 Once correctly positioned, make sure there are no leaks coming from the drain hose or the u-bend connector when water runs down the sink as well as when the washing machine pumps out water. 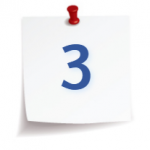 If your drain hose is pushed into a stand pipe (not connected to the u-bend under the sink) make sure there are no leaks when the washing machine is pumping out water into it and check the following points..

Make sure the waste water pipe is standing up straight and hasn’t fallen over at an angle (if it isn't properly secured to the wall like it should be), otherwise water can pour out when it’s draining, or you can have water siphoning out of the washing machine because the drain hose ends up too low down

Make sure you don’t push the drain hose too far down the waste water pipe. This is a common mistake caused presumably by worries the hose may fall out. There should be a plastic hook that the end of the drain hose clips into.

Alternatively you could try forcing the end of the drain hose into a hook shape and securely tape around and across it to force it to stay in that shape, then drop the end of the hose into the stand pipe.

Check for kinks in the fill hose(s) 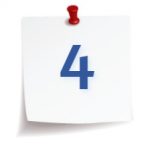 When you push the washing machine back into place you often can’t see what happens to the fill or drain hoses. Drain hoses have long since been “kink-proof” but they can still kink if subjected to strong forces or the washer is somehow pushed onto it. The fill hoses remain the most likely to kink, especially if a hot one is fitted as when hot water runs into it the hose softens considerably and can succumb to a kink. Checking involves simply putting the machine on a fill programme and ensuring the water is running into the soap dispenser at a decent rate of flow.

Don't over tighten the fill hoses

Over tightening causes the rubber seal between the hose union and the water valve or tap to be tightly squeezed and cut into. Tighten them finger tight and then just nip them up a little bit more. However, not tightening enough causes drips so beware.

A leaking fill hose can sometimes be cured by taking out the rubber seal, cleaning it and replacing it the other way round though if it’s worn it should be replaced.

Final checks: When washing machine is back in place 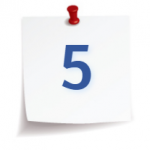 After the washing machine has filled up and started washing, either cancel the programme or turn it to drain/spin and make sure the water empties out properly. If it doesn’t, follow this article – Won’t empty water after connecting to new plumbing.

Related article: How to install a Washing Machine