After seeing the adverts on TV for the, “amazing dryer balls” I decided to buy a pair and try them out. They claim to soften fabrics, reduce creases & wrinkles, cut down on lint and save up to 25% on tumble dryer running costs. These are big claims for something costing only around £10.

The hard plastic balls with knobbly bits are designed to “physically break down the stiffness created by water drying in fabric”. You simply place both dryer balls in with the laundry and use the dryer as normal.

Noisy : The first thing I noticed during the test which wasn’t too unexpected was how noisy the balls are. They make quite a racket bouncing around in the drum. So much so that I decided to open the door and make sure they weren’t causing damage to it. The noise does die down a little after a while as they heat up and soften a little but they are likely to be quite annoying if you have your tumble dryer in the kitchen. 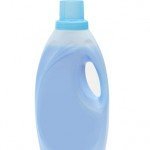 The makers claim that there is no longer any need to add a softening dryer sheet or use fabric softener in your wash. However, I’ve been advising this for a while, there’s no real need to use fabric softener if tumble drying because the tumble drying process softens laundry (Environmental tip: Save on fabric conditioner). It could be that these balls enhance this effect though, although I didn’t notice a difference in the following test I did.

My experiment is in no way scientific, I simply did the following –

I put a load of towels on a 30 minute cool wash with full spin. I then put them in the dryer without any Dryer Balls. I found that they were dry after 165 minutes.

Step 2: I removed one of the towels for later comparison, and left the drier door open to cool down. I placed the rest back in the washing machine on the 30 minute cool wash.

Step 3: Then I put the remaining towels in the tumble drier, and this time added the two Dryer Balls on top.

Result? This load appeared to dry in 150 minutes, about 15 minutes quicker. This is nowhere near 25% but it wasn’t far off 10% quicker. When comparing the towel dried previously without the balls I couldn’t notice any difference in softness or fluffiness. I tried a blind test on my wife and she could feel no difference either.

Summary: I am naturally sceptical about how such a simple idea of a couple of knobbly balls thrown in the tumble drier can offer so many benefits but a rough test did appear to show a reduction in drying time, which would clearly save some money. However, as Peter Lea pointed out in the comments below, removing the one towel could account for the difference in drying time. And as I can’t be sure if I replaced the towel in the dryer ball test or not my test is not sound enough to draw proper conclusions. Have you used them? What have you found?

The other claims such as making laundry softer weren’t confirmed, and as previously stated tumble drying does this naturally any way (Save on fabric softener when tumble drying).

UPDATE: I just noticed that Which? have tested some dryer balls too and weren’t too impressed. They carry out many tests and reviews and are a great resource for all consumer related product research. (Why be a Which Member?)