You are here: Home / Archives for Fire risks

This is a category list of all my articles related to fire risks in appliances. Some warnings are specific to one appliance, but some are relevant to anyone with an appliance. Sadly, appliance fires are relatively common but many risks can be avoided or mitigated by following advice. Make the effort to scroll through the article list - some advice could save a serious incident. 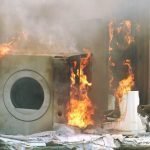 Do you Keep a fire extinguisher near your appliances? If one of your appliances suddenly caught fire could you try to put it out, or would you be helpless? This article has been inspired after hearing all the news coming out of the Grenfell fire inquiry. They’ve been discussing all the contributing factors to the

Ideally yes you should turn off certain appliances at the socket when not in use. If the wall socket doesn’t have an on off switch it would need to be unplugged instead. Electricity still runs inside an appliance even if it’s switched off. If electricity is present, there is always the possibility of something overheating 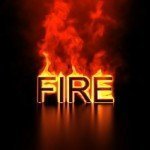 Here is another safety notice. Issued by the manufacturer of Caple fridges. From what I can see this safety notice was originally issued in 2015. The manufacturers are reissuing the notice in a fresh attempt to ensure all affected models still around are modified. These fridges were apparently made between 2007 and 2008 so they 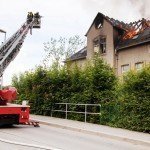 Hotpoint have reacted to reports that the Grenfell fire was caused by one of their fridge freezers. However, since writing this article there is an important update. It is still too early to know exactly what caused the fridge freezer to catch fire. Reports are that there was an explosion. Unfortunately modern refrigerators do contain

Sadly there are 2 more appliances that have been identified as having a serious safety issue and can potentially catch fire in our homes. This time it’s Beko & Blomberg. The affected dryers are 8 & 9kg condenser tumble dryers manufactured between May and November 2012. Affected model numbers – DCU9330W DCU9330R DCU8230 DSC85W TKF8439A

Logik is a brand made exclusively for Currys. Logik LVD7W15 tumble dryers manufactured between March and April 2016 have been identified as having a serious safety issue. It has been realised that the heating element can potentially overheat and catch fire. If you know anyone who has one let them know immediately. If you have